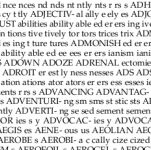 There are lots of text files that list the words you can use in word games like Scrabble. (Some of them are more accurate than others.) But as far as I know, this is the only one that you can print on 17 double-sided sheets of letter-size paper.

The words in the list come from the excellent, public-domain ENABLE2K word list, compiled by Mendel Cooper. His website is sadly defunct, but the wordlist has become a standard for word games and puzzles.

Why would you want a wordlist on paper instead of a computer file? The same reason you’d want to play word games on a board instead of on a computer. Sometimes, you’d rather face the person you’re playing against than have your face in a laptop.

The list only contains words, not their definitions. Still, given that there are over 170,000 words in the list, it takes some effort — beyond just using a 6-point font — to fit them on 34 pages.

This economy of printed space is accomplished through a form of human-readable compression. When many consecutive words in alphabetical order start with the same letters, as they tend to do, they are grouped together like this:

The grouping was chosen by an algorithm, not by a lexicographer, so sometimes words are grouped in odd ways:

I’ve also marked the differences between ENABLE and the more well-known standard, the Official Tournament and Club Word List 2 (OWL2). These markings are not authoritative, because I don’t have an electronic file of OWL2. I compiled the differences mainly from this National Scrabble Association page.

Locating the code that chose the groupings will, unfortunately, take a bit of hard-drive archaeology. I made the list in 2003, updated it for OWL2 in 2006, and updated it manually in 2011 to incorporate the National Scrabble Association’s errata to OWL2. 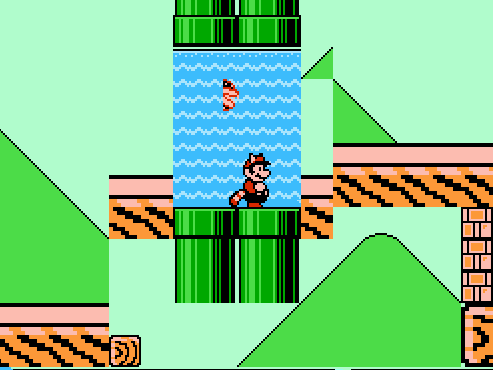